Dan Aux is one to move against the tide.

The Australian-born DJ arrived in New Zealand from Newcastle five years ago, moving against the trans-tasman exodus, and moving onto our airwaves and festival stages.

A man of many laurels, Dan balances life as a DJ, producer, musician and radio jock all at once. After arriving on Kiwi shores, he landed the perfect job at George FM as the host of the George Selectah Show. It's a gig that has allowed him to showcase his incredible knack for seeking out the unusual and remarkable, against a populous who are too-often content with the ordinary.

Balancing that musical curiosity with an acute sense for his listenership's taste, Dan always delivers on an upbeat, entertaining and genre-bending mix of your favourite dance tracks.

It's a mantra he applies to every aspect of his work. From his collaborations with acts such as highly accomplished producer P-Money and rising starlet Nina McSweeney, to his cutting-edge remixes and impeccable performances across stages at renowned festivals including Rhythm & Vines, Homegrown and Sounds On, Dan has cemented his reputation as a DJ in demand.

In a career mile-stone late last year, Dan Aux mixed the George FM Yearbook 2012, which took the biggest and best tracks from 2012 off the airwaves and into one knock out collection. The album broke into the top 10 in the compilation charts.

Against a back-drop of inarguable successes, Dan is finally set to release his own album 'The Playlist' in this summer. 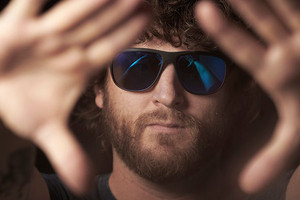 Become a fan of George FM on Facebook and on .